Member of Parliament for Dome-Kwabenya will be decided by Parliament whether as vacant or not.

It follows the laying of the report of the Privileges Committee of Parliament on the three absentee MPs.

The media understands by a Majority decision, members on the Privileges Committee have recommended that the Dome-Kwabenya seat should be declared vacant while the Minority thinks that the absentee MP should be offered more time and the opportunity to respond, why she absented herself without permission before a conclusive decision on her seat is taken.

2 Constitution, the onus is on Sarah Adwoa Safo to provide a reasonable explanation to the Privileges Committee why she shall not vacate her Seat, for having absented herself for 42 Sittings, during the period under consideration.

Graphic Online understands that the Minority Members on the Committee concede that reasonable efforts were made to get Sarah Adwoa Safo to appear before the
Committee, however, the Minority Members are of the view that, the lack of response of Sarah Adwoa Safo to the numerous invitations of the Committee should be reported to the House without any conclusions.

The Majority is however of the view that, Sarah Adwoa Safo failed to take advantage of the numerous opportunities and facilities offered her to provide reasonable
explanation to the Committee with regard to her absence without leave.

Therefore, pursuant to Article 97 (1) (c) of the 1992 Constitution and the Court of Appeal decision in the case of Professor Stephen Kwaku Asare V. the Attorney General & 3 Ors, the Dome-Kwabenya Seat is automatically vacant by operation of law.

Why the committee invited the 3 absentee MPs?

MP for Assin Central, Kennedy Ohene Agyapong, MP for Ayawaso Central, Henry Quartey who is also the Greater Accra Regional Minister and MP for Dome-Kwabenya, Sarah Adwoa Safo, also Minister of Gender, Children and Social Protection were investigated for absenting themselves from Parliament without permission for more than the stipulated 15 sitting days during the first meeting of the second session of the 8th Parliament.

They were referred to the Privileges Committee of Parliament by the Speaker, Alban Sumana Kingsford Bagbin.

The committee was to consider circumstances surrounding their absence in pursuance to Article 97(1) (c) of the 1992 Constitution.

Henry Quartey and Kennedy Agyapong appeared before the committee but Sarah Adwoa Safo was unable to appear.

At the last sitting of the committee on Wednesday, July 13, 2022, all 15 members from the Majority voted to pardon Henry Quartey and Kennedy Agyapong.
The 12 Members on the Minority side also agreed to pardon them.

This is after they admitted to absenting themselves for more than the 15 Sittings threshold. However, the explanations given by Agyapong and Quartey for being absent were found reasonable.

It is the recommendation of the Committee that the House should take advantage of the ongoing review of the Standing Orders to provide procedure for the
operationalisation of Article 97 (1) (c) of the Constitution.

In addition, it is also the recommendation of the committee that, by its majority decision, the House should adopt its Report, pursuant to Article 97 (1) (c) of the Constitution and Orders 16 (1) of the Standing Orders of Parliament, that is, declare the Dome-Kwabenya seat vacant.

Related: I forgive MPs who criticised my absence from Parliament – Adwoa Safo

Explaining the efforts made to reach Adwoa Safo for an explanation, the Committee reported that all efforts to reach her in person, to serve her with the invitation to
appear before the Committee to explain her absence from the House were unsuccessful.

Steps taken to serve her with the invitation letter were that, the Committee first wrote to her on three occasions through her Office in Parliament; Pigeonhole in Parliament; the Ministry of Gender and Social Protection where she currently superintend as the Sector Minister; her official email address; and WhatsApp
number.

When the Committee was unsuccessful with the above-mentioned means, it employed the services of the Personal Assistant who facilitated her television interview with Joy News on Thursday, May 26, 2022.

The Personal Assistant acknowledged receipt of the invitation letter and promised to deliver same to her.

According to the Personal Assistant, he sent the invitation letter via internet and other online communication platforms which they normally use to communicate.

The Committee took further steps to serve her with a summon by a publication in the Daily Graphic, Ghanaian Times, and Daily Guide newspapers dated June 16, 2022 and her place of abode, on June 20, 2022, pursuant to Order 205 of the Standing Orders of Parliament.

In all instances, opportunity was given for her to avail herself of Zoom video conferencing facilities to appear before the Committee.

However, the Member neither appeared before the Committee nor gave any feedback as to receipt of any of the invitations or summons from the Committee. 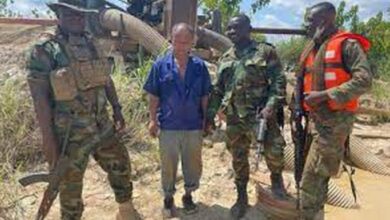 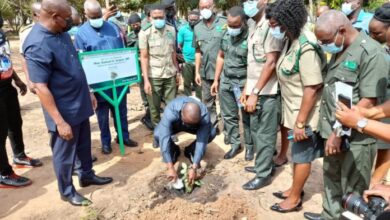 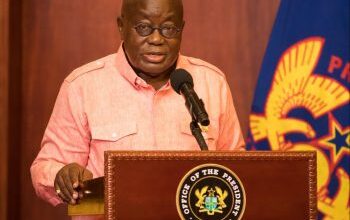 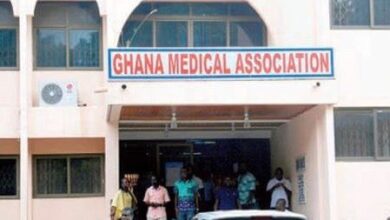