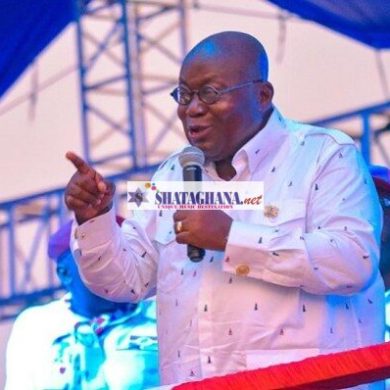 Ghanaian Highlife artiste, Dada Hafco born Terry Asare Boamah has said that now that the elections are over, he expects Ghanaians to come together irrespective of their political affiliation.
“When you follow the American election you’d realize that after the winner is chosen, they say that it’s now time to unite the nation. Campaign always bring factions but after voting in an election we come back to become one Ghana.”
Dada Hafco remarked in an interview with Amansan Krakye on Kastle Entertainment Show monitored by MyNewsGh.com observed that election campaigns bring a lot of factions since people believe in different ideologies.
“So it is campaign that brings the divisions but once we’re done we’re all Ghanaians and it shouldn’t change anything. When campaigns are in session everyone has got who they believe in their ideologies,” he said on Kastle FM.
Dada Hafco who is a staunch NPP supporter, said the divisions brought about by partisanship in the creative arts industry was temporal but expects unity in diversity going forward.
“When we’re done whoever wins should unite the country to become one Ghana that’s why there is the promise by the elected person to be a leader for all Ghanaians. So as for me I don’t believe that we those are divided along party lines.
He told Amansan Krakye that “Once the campaign is over and we have a leader that’s all. I have never heard any President saying that I would ignore some people or some regions that’s why he’s the father for all so we move forward in unity.”
Source:MyNewsGh.com

Jean Mensa has not travelled outside Ghana – EC debunks rumours